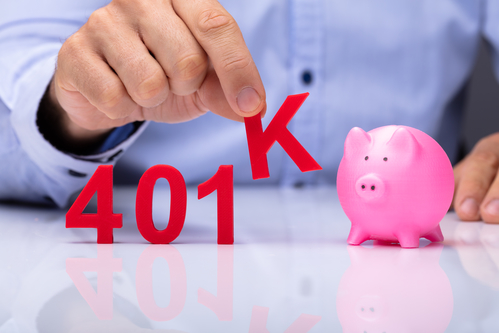 {3:00 minutes to read}  Even though I’m in the business of drafting and writing QDROs, many times a QDRO can be avoided by the trading of different kinds of assets. There are some pitfalls to be aware of, however, and things to watch for in this particular area.

The present value is a high-tech mathematical computation that relies on the use of mortality tables and interest rate deductions in a behind-the-scenes mathematical thunderstorm. The number that comes out of present value analysis is simply an estimate and is hardly a scientifically accurate figure. For some people that’s good enough for the purpose of trading against the 401(k). The result can be the savings of not doing two QDROs, one to divide the 401(k) and the second to divide the pension.

The second approach is using other assets as a trade-off against either a 401(k) type plan or the present value of a pension. The problem is that other assets are typically not in the same tax category as retirement plans. Retirement plans by definition contain money that has not been taxed yet; therefore, after tax they are not worth as much as they appear to be. The sole exception is the Roth IRA, which is funded with post-tax monies.

The tricky part here is that the retirement asset should be reduced to allow for the fact that the taxes will be paid in the future.  But nobody knows exactly how much will be paid in taxes by any individual at some future date.

If people want to go with this approach, they can often agree on a reasonable tax rate reduction. A couple I dealt with recently actually had paperwork from their accountant that showed that their marginal tax rate was 15%, which represents the taxes they paid on the highest portion of their income, and that their overall tax rate was 10%. They very quickly agreed to use 12.5% as the amount to reduce the value of the 401(k) plan. The result is that they avoided paying several thousand dollars for unnecessary QDROs.

Using these types of approaches requires a careful and thorough look at the math. If you would like to discuss any of these approaches, I would be available to consult.