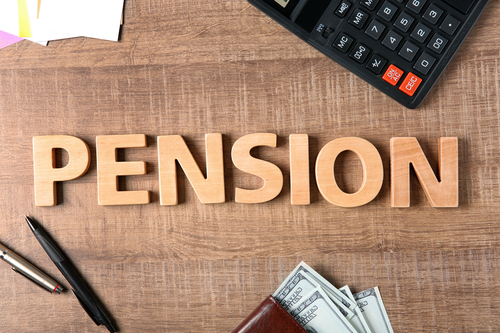 {4:00 minutes to read} When someone has a monthly pension, sometimes they would like to keep that pension for themselves and pay the other spouse the cash value. Trying to understand the cash value of a monthly pension is one of the trickiest aspects of divorce mediation and most definitely is not an exact science.

Generally speaking, most people who evaluate pensions to develop what is called a “present value,” use computer programs that take into account many factors. The general idea is to figure out how much money you would have to have in a bank account to produce interest that would pay the same amount as the pension pays each month. This is then complicated by the fact that the pension does not pay forever. It stops when the pensioner passes away.

The difficult piece then is the next step. The pension is not paid forever, so the amount needed is substantially less than $2.5 million because some of the money can be taken from the bank account each month until the end of the pensioner’s life expectancy.

The result is that there are two huge and very important variable numbers that have to get plugged into the computer to get a present value calculation.

This is obviously an arguable item as to what rate to use. Right now, the most common rate is approximately 3.2%, which is based upon various federal regulations. But it is hardly an exact legal requirement and different interest rates will produce different results.

Nobody ever knows how long they or their spouse is going to live. Life expectancy tables, which are used by life insurance companies, are based upon averages across the country. There are tables for average life expectancy for:

(There is no one table that is exactly right. In performing present value analysis, I use several tables and average them out.)

Whether or not a given couple is going to need a present value computation is a question that has to be decided, usually before paying the price for having it done. The fees for present value calculations are usually in the $500 range.

Since all situations are somewhat unique, please feel free to contact me if you would like more information.