401(k) Plans and the Majauskas Formula 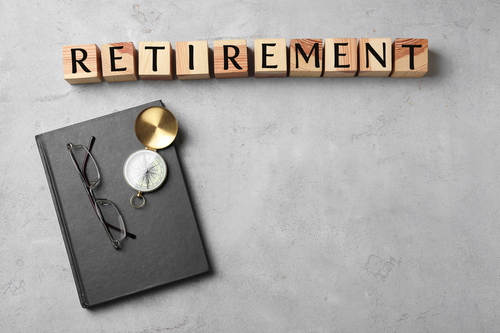 To understand what’s going on here, we need to back up, and look at some of the basics involved in dividing things up like a 401(k) plan, or any other defined contribution plan.

Many people are looking for a simple 50/50 split. If all the money in the plan was contributed during the marriage, that would be pretty simple indeed.

We run into a problem when the participant in the plan had money on deposit at the time of marriage, which is most common in second marriages. After the first divorce, in which the first spouse perhaps got half of what was in the plan, the participant has $50,000 in the plan. Then he or she gets married for the second time. Now, it’s ten years later, and they’re getting divorced — also, for the second time — and the plan now has $150,000 in it. The participant naturally wants some credit for the money that was there on the day they got married.

Approaching this problem would be easier if everybody had access to incredible, high-tech accounting systems and copies of every single account statement from the date of the marriage to the date that they are dividing it up. If they have all the paperwork, it is possible to review how much money was there to start with, how much money was contributed and then go through the excruciating job of figuring out how much the original money grew, and how much the contributed money grew. (Or, if things have been less fortunate, how much they each declined in value.) That part of the work is the most difficult, and in fact, very rarely gets done.

Most people simply don’t have the paperwork to support the kind of analysis where you have the details of every single contribution for the past 10-15 years, or occasionally, even longer. Even if they have all the paperwork, this kind of analysis is extremely expensive and time-consuming. If the amount on deposit at the time of marriage was only a few hundred, or a couple of thousand dollars, the value of the analysis could easily be eaten up by the cost of doing it, which is typically hours of work.

The idea of Majauskas, which is New York State’s name for the marital shares approach, is based on how long you’re married, compared to how long you participated in a given plan. This formula works well on monthly pensions, but using it for the 401(k) plan is at best rough justice. It means that if at the time of the marriage, the participant had five years in the plan, and then was married for ten years, you would say one-third of the plan is non-marital.

This may work for many couples because it is, in effect, rough justice. Most of the time, it overstates the value of the pre-marital portion, because the money contributed in recent years during the marriage was more than the money contributed at the beginning. As incomes go up, most people contribute more money to their 401(k).

If the amount on deposit was very small, it may simply be better to skip the whole problem and divide 50/50, or come up with any other number that seems reasonable, maybe 55/45. That kind of approach, which I call “roughing it,” is also perfectly acceptable, if it’s acceptable to the couple, and can avoid a lot of headaches.

For the average person, this seems like incredibly difficult stuff. For many mediators and lawyers in the field, this is not fully understood and unfortunately, results in agreements that are very hard to interpret in creating a QDRO.

If at any time you think you need more help with this topic, please feel free to contact me.